By Kelly McCarthy
Share —
Sign up for our newsletters to get GMA delivered to your inbox every morning!

The social media sensation dubbed "Corn Kid" has done a beautiful thing for Thanksgiving, helping donate thousands of canned goods to those in need this holiday. 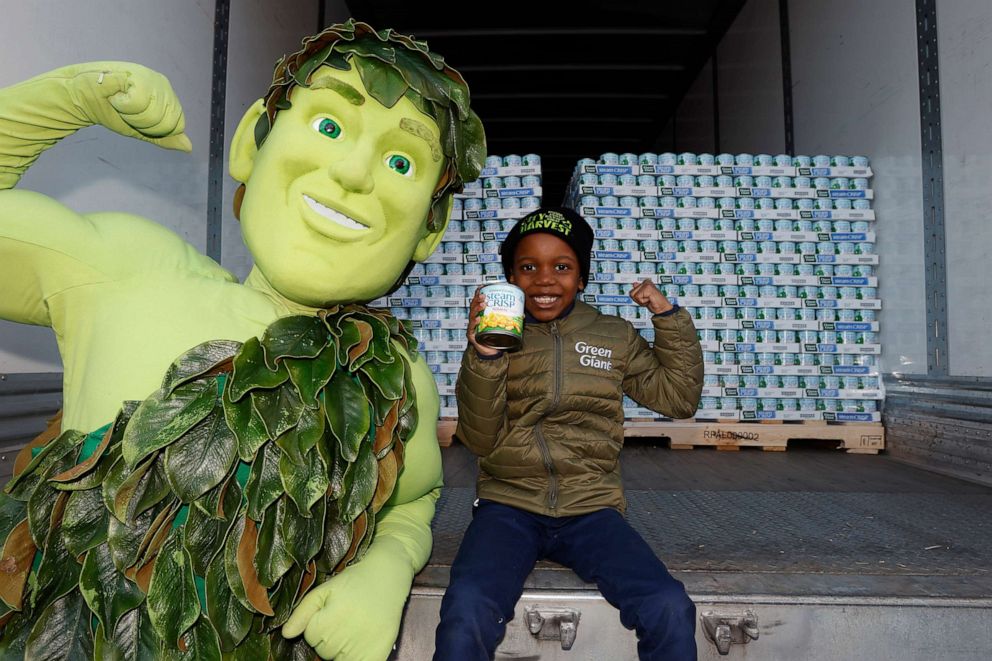 Jason Decrow/AP Images for Green Giant
Green Giant partners with Tariq the "Corn Kid" to donate 90,000 cans of vegetables to City Harvest in celebration of Thanksgiving, on Nov. 21, 2022, in New York.

The second grader told New York ABC station WABC that he likes corn so much, "because it's healthy."

In total, 50,000 cans of corn were packed up for the nonprofit along with various dried goods and 13,000 turkeys for this year's holiday meal boxes. 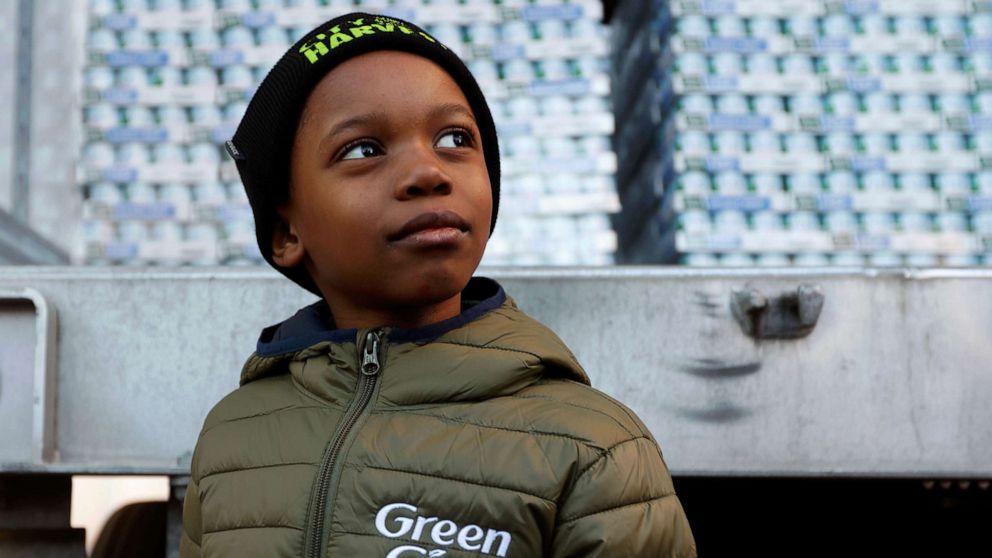 Jason Decrow/AP Images for Green Giant
Green Giant partners with Tariq the "Corn Kid" to donate 90,000 cans of vegetables to City Harvest in celebration of Thanksgiving, on Nov. 21, 2022, in New York.

City Harvest works with many local restaurants and markets to save food that would otherwise be tossed out and has rescued close to 75 million pounds of fresh food and delivered it to 400 food pantries in New York City.

According to the nonprofit, City Harvest gives out nearly 200,000 pounds of food each day with boxes put together by Repack to Give Back Volunteers before being distributed across the five boroughs.

In the viral video from August that amassed millions of likes on social media, Tariq delivered multiple one-liners about his love of corn that served as a catalyst for remixes, trending audio and parody videos, especially from the food creator community.

"I really like corn -- a big lump with knobs. It has the juice," his autotuned voice says over a synthesized guitar riff in one of the aforementioned videos posted by cookbook author and food personality Nicole Modic aka KaleJunkie.

The philanthropic move with Green Giant comes on the heels of Tariq being named South Dakota's official "corn-bassador" this fall.

And in case you missed the original video that sent corn to a new level of popularity, check it out below.

Up Next in food

How long eggs stay fresh, tips to store them and how to check if eggs are still safe to eat