By Angeline Jane Bernabe
Share —
Sign up for our newsletters to get GMA delivered to your inbox every morning!

Princess Kate made a bold fashion statement on Friday at the Earthshot Prize Awards green carpet in Boston.

The Princess of Wales wowed in a neon green off-the-shoulder gown with her husband Prince William by her side.

In the spirit of the Earthshot Prize Awards, and with the event's sustainable fashion guidelines in mind, Kate's dress, designed by Solace London, was rented from the U.K.-based fashion rental platform HURR. 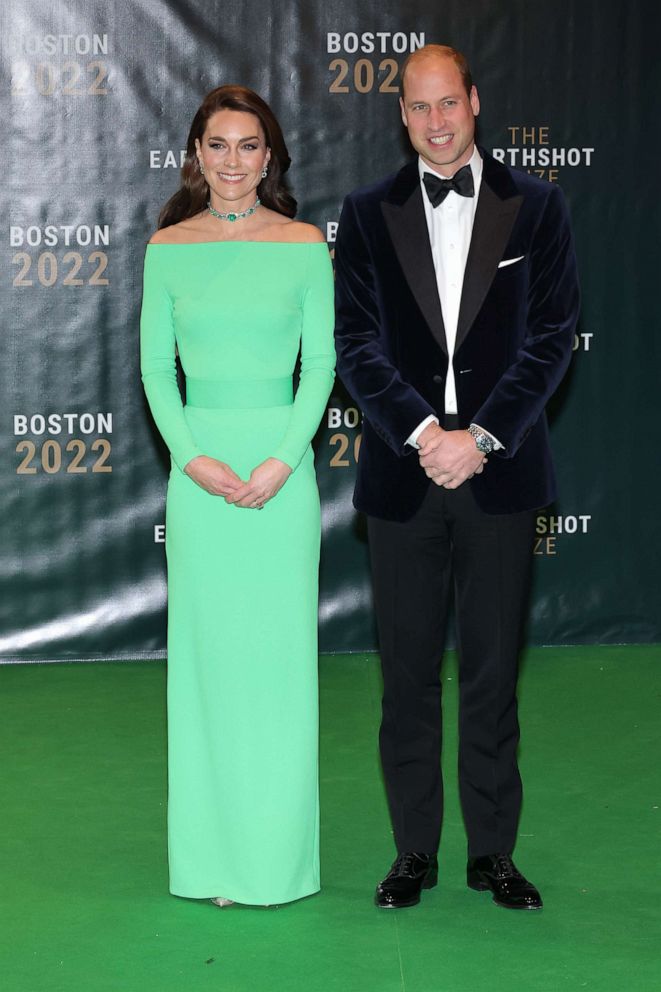 William opted for a classic tuxedo with a black bowtie. 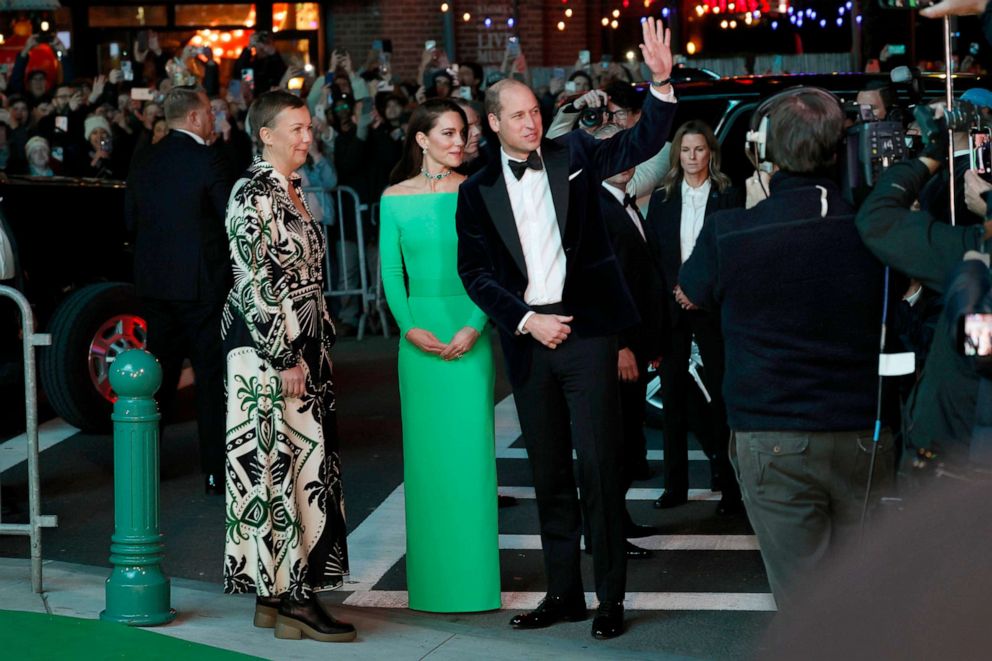 Mary Schwalm/AP
Britain's Prince William and Kate, Princess of Wales are greeted by Hannah Jones, CEO of the Earthshot Prize, as they arrive for the the second annual Earthshot Prize Awards Ceremony at the MGM Music Hall at Fenway Park, Dec. 2, 2022, in Boston. 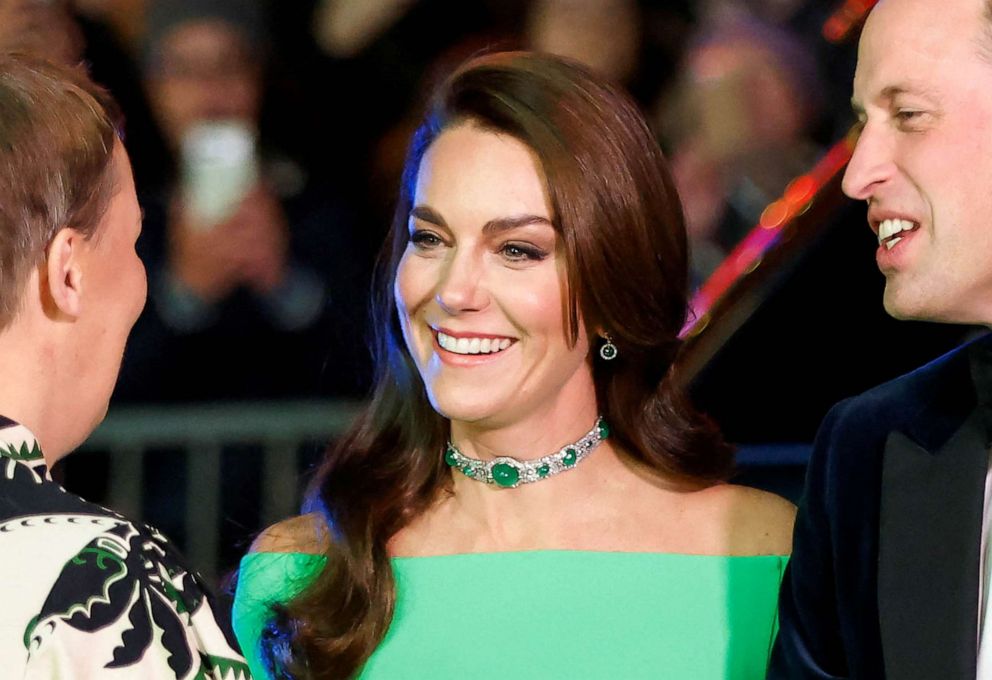 Many noticed Kate's necklace was one once worn by the late Princess Diana, William's mother. The choker necklace, which has an art deco design and diamonds, previously belonged to Queen Mary, Queen Elizabeth II's grandmother, who was gifted the piece in 1911. Diana received the diamond and emerald necklace from Elizabeth as a wedding present.

Diana wore the iconic necklace on several occasions, including to a gala in Melbourne, Australia, in 1985, where she wore the heirloom as a headband. 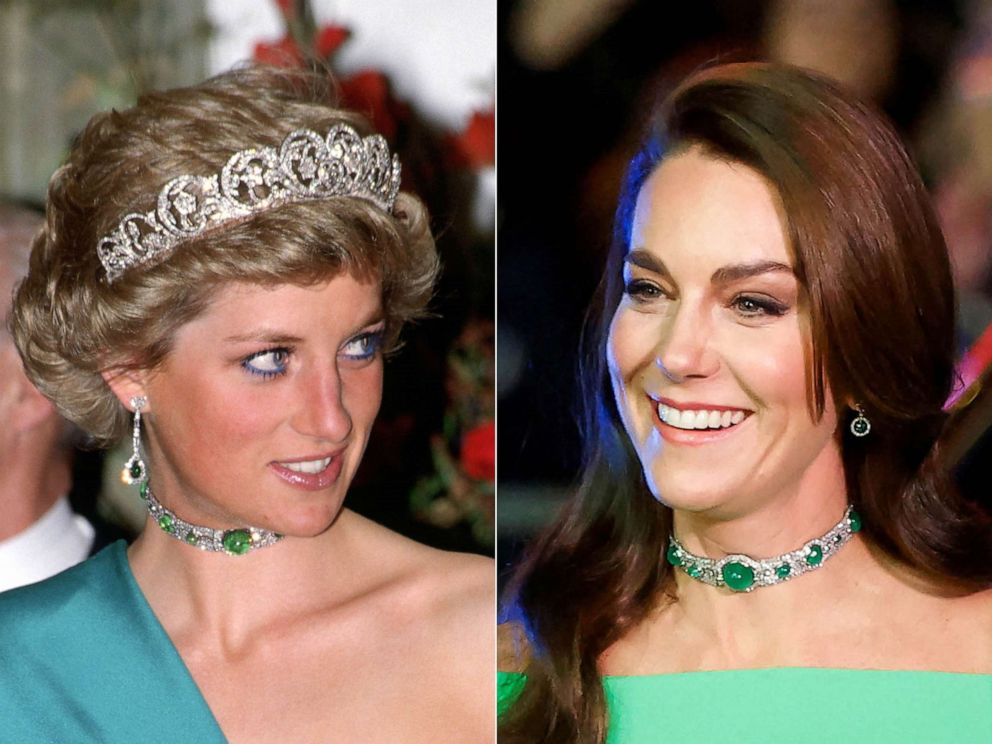 Left: Tim Graham Photo Library via Getty Images/ Right: REUTERS/Katherine Taylor
Diana (L) and Catherine, Princess of Wales are seen on a side by side picture. 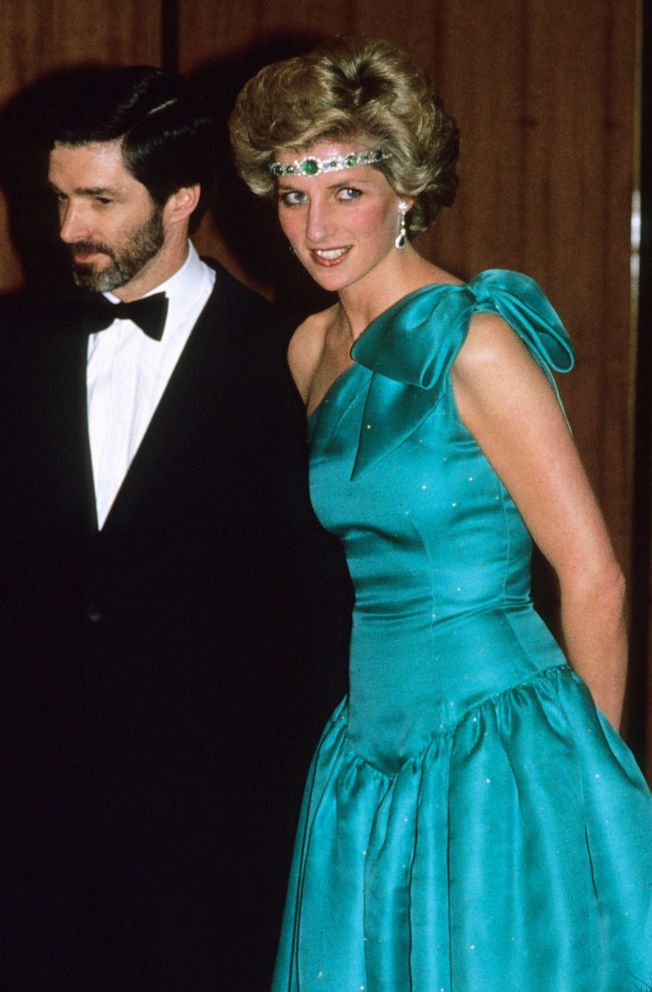 Earlier this week, Kate paid tribute to Diana with a pair of the former Princess of Wales' sapphire and diamond drop earrings as well.

The Earthshot Prize Awards mark the end of the royal couple's three-day Boston tour. The award ceremony honors those tackling challenges posed by climate change and the threats to the world's oceans, air and land.