By Angeline Jane Bernabe
Share —
Sign up for our newsletters to get GMA delivered to your inbox every morning!

Kate, the Princess of Wales, dazzled at a state banquet at Buckingham Palace Tuesday night.

In a photo taken at the evening affair, which was held for the president of South Africa, Cyril Ramaphosa, and hosted by King Charles III and Camilla, the Queen Consort, Kate was seen wearing the Lover's Knot Tiara, a Jenny Packham gown, a bracelet belonging to the late Queen Elizabeth II, and drop earrings that belonged to Diana, the late Princess of Wales. 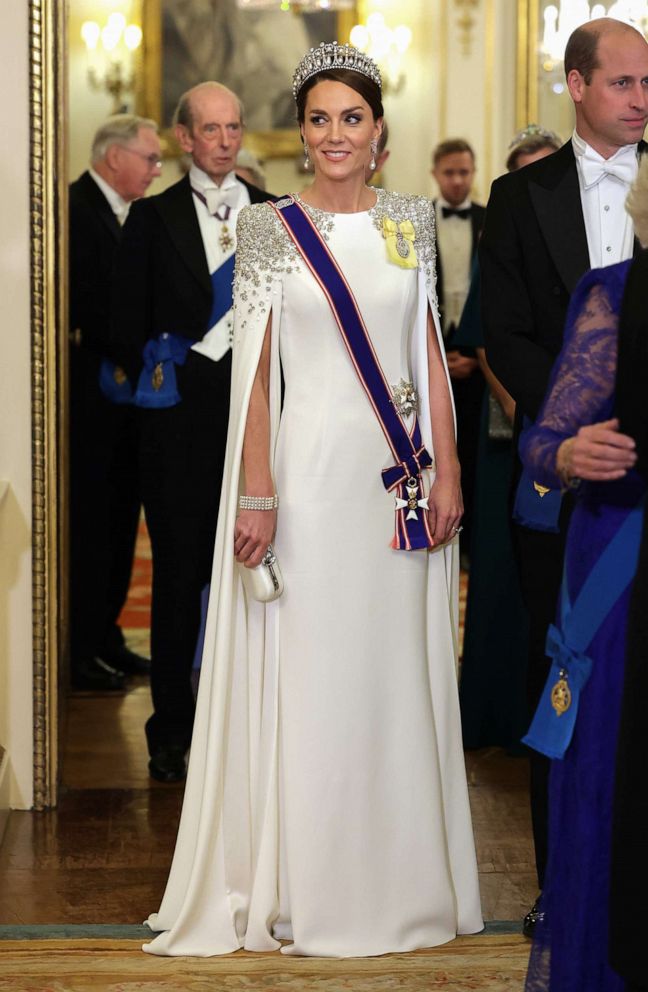 Kate also wore the Royal Family Order and the Grand Cross of the Royal Victorian Order star and sash.

Kate has worn the Lover's Knot Tiara, which is encrusted with pearls and diamonds, to lavish state banquets and events in the past. 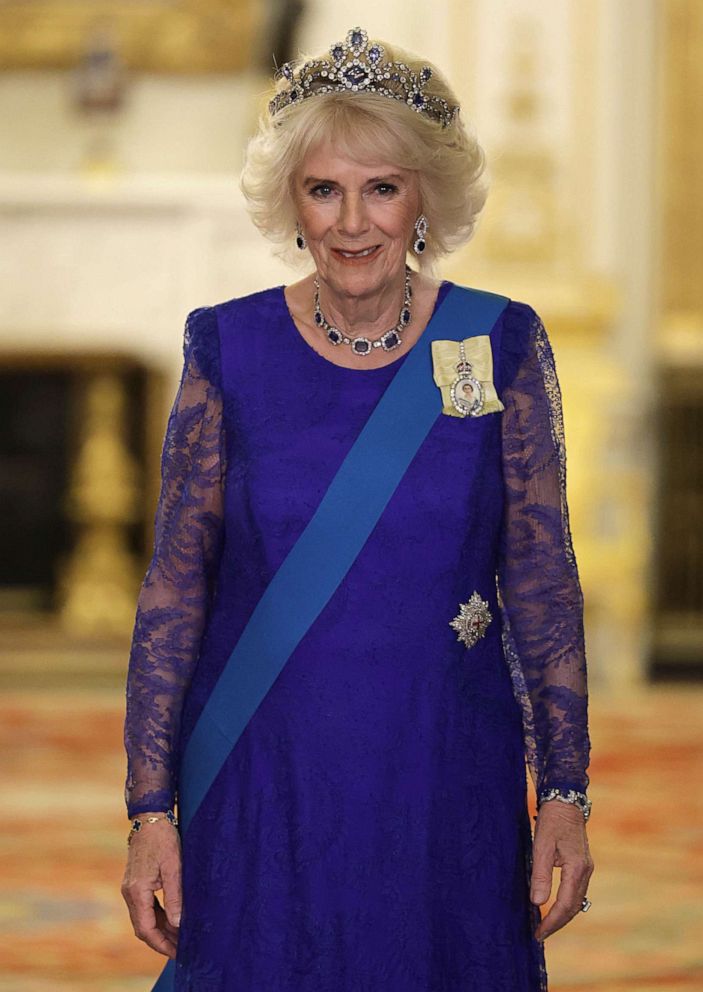 The tiara was previously beloved by Diana and created for Elizabeth's grandmother Queen Mary in 1914.

Camilla, who donned a blue gown for Tuesday's banquet, wore Elizabeth's sapphire and diamond tiara and a matching necklace and bracelet. She also wore a sash with Queen Victoria's garter star and Elizabeth's family order.