This year's lineup, brought to you by sponsor Massage Envy, features a star-studded slate of chart-topping artists who will deliver live performances from New York City's Central Park.

The fun begins with K-pop group aespa, kicking off the concert series on July 8.

Stars like Megan Thee Stallion and Demi Lovato and more will perform for the concert series before it concludes with the Black Eyed Peas' performance in the park in September. 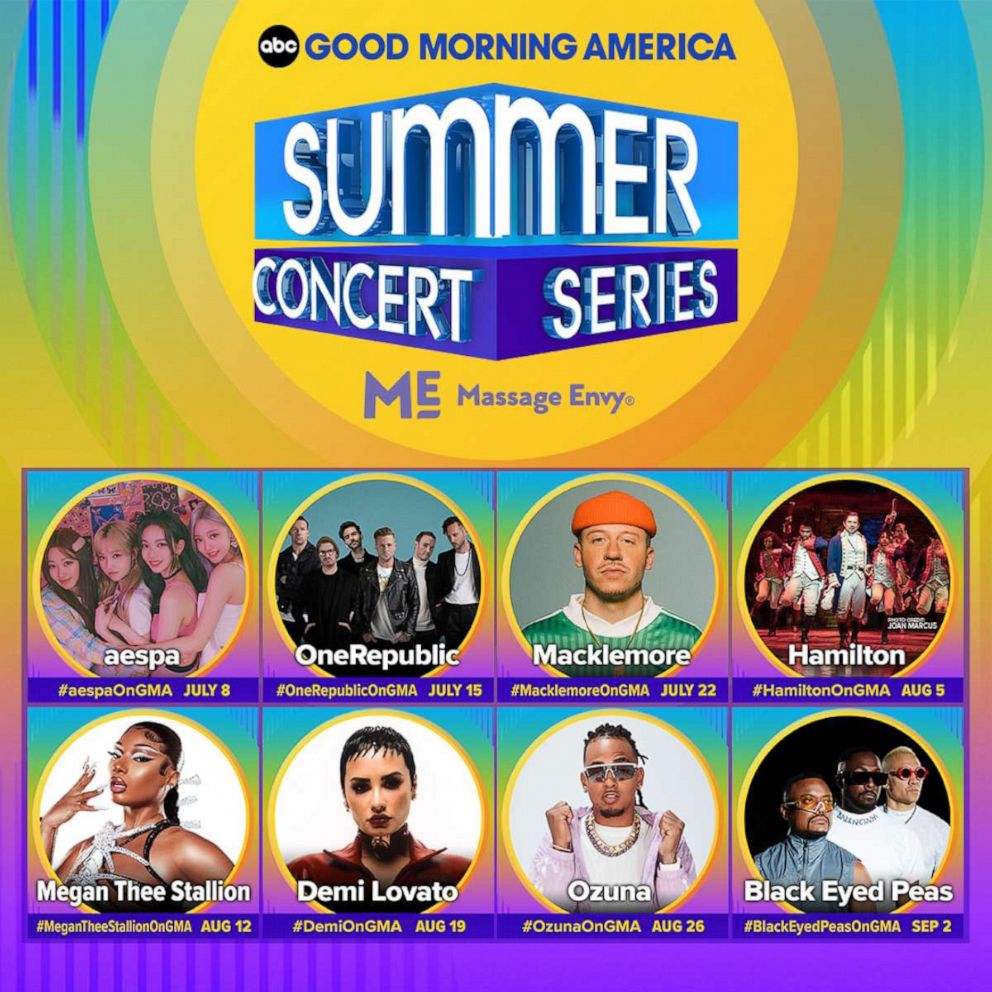 Check out the 2022 schedule below:

Tickets are required to attend this concert.