Sharna Burgess marked a sweet milestone with her newborn baby.

On Thursday, the "Dancing with the Stars" pro shared sweet video clips on Instagram of her and baby Zane, writing in the caption, "3 months of you."

MORE: 'Dancing with the Stars' pro Sharna Burgess opens up about childbirth, her postpartum recovery

Burgess continued, "3 months of watching you grow, of being in awe of you and of experiencing a love like I've never known. Motherhood is by far the coolest thing I've ever done and I'm so grateful for all of it. The magic, the love, the fear, the sleepless nights and the memories of it all."

"I am the luckiest Mama in all the land," she added.

The clips show Burgess meeting Zane for the first time after giving birth to him in June, Burgess breastfeeding him and many sweet moments from the past three months with her boyfriend, actor Brian Austin Green.

Burgess and Green welcomed Zane, their first child together, on June 28. The couple each shared a photo of Zane's fingers wrapped around Green's finger.

In August, Burgess opened up to "Good Morning America" about her "intense" postpartum recovery and her experience having a cesarean section.

"I went into it saying, 'I don't want a birth plan because I don't want to go in and have it suddenly changing on me.' But I also didn't, for some reason, think I was going to have a C-section," Burgess said at the time. "I didn't research it. I didn't know what my recovery would be." 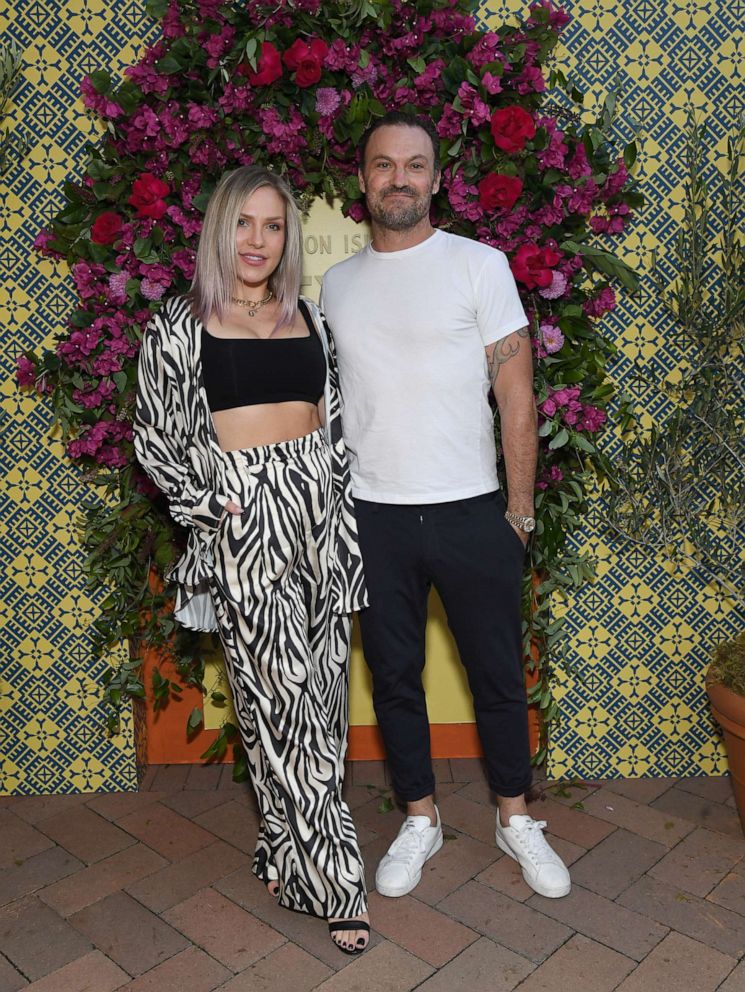 Green was on the mend when Burgess gave birth after suffering from ulcerative colitis and was bedridden during her pregnancy. Since the birth of Zane, his fifth boy, Green has shared his love for fatherhood with his followers on Instagram.

"I love being a parent. It's amazing," he told "GMA" in August. "Some people are cut for other aspects of life, and I just love parenting."